All Aces: YA Review 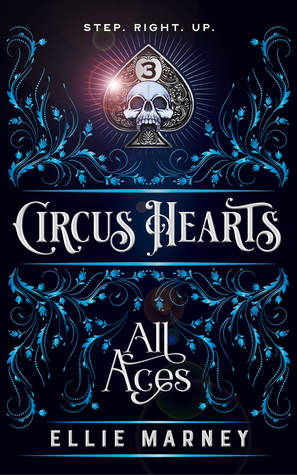 A teenage contortionist and a young cardsharp risk danger to right a family legacy of injustice.…

Nineteen-year-old contortionist Ren Putri is committed to circus, study and self-discipline – in that order. But after being rescued from a carnival fire by cardsharp Zep Deal, she’s overwhelmed by some highly disorderly thoughts. Zep has a history of trouble, and now he’s been suspected of sabotaging the circus that’s become his whole life. Ren is already coping with family, and keeping secrets of her own – but she can’t resist a mystery. Will Ren’s penchant for solving puzzles bring the case against Zep to rights, or will digging further into the bad blood between rival carnivals only put them both in danger?

Dark YA romance, with a criminal twist – Circus Hearts: Step. Right. Up.

All three books are set in Klatsch’s circus, with the times lines of the characters’ lives continuing from one book until the next. That being said, all books could stand alone, but I think you would be doing yourself a disservice if you didn’t read them all and you may as well do that in order.

Oh, adorkable Ren. Overthinking, overstressing, hardworking to the point of breaking, world on her shoulders and in desperate need of some good loving, Ren.

And I can’t forget the other star of this instalment – Zeb! Delicious Zep Deal, with his A****** of a father and his dark past. I love me a bad boy who is trying to break free of his past and make good for himself. Zep made a fantastic love interest for Ren.

A connection of sorts sparks up between Ren and Zep rather early in the story. One good dead is returned for another, that then turns into a tentative friendship, that then develops into the two of them partaking in some sneaky and very risking business together, which leads to them falling hard for each other.

Ren learns she has limits and how far she can push them. She learns how to stand up for herself and fight for the things she wants – she also learns what the things she really wants are.

Zep gets the break he deserves and a good woman to help him heal his heart – aww.

Damn, I’ve made this sound like its all mushy romance, but it not. There is plenty of action, punch ups with bad guys, revenge on the circus saboteur, and just more circus life in general!

Yes All Aces has a rather adorable first love romance for Ren, but it also has a you-gotta-fight-for-the-things-you-want vibe going on the whole way through. We also get a conclusion to the circus saboteur storyline that has ran through all three books.

I said this in my reviews for the previous books and I’ll say it again for book three as it still holds true – Fast paced action. Hot romance. Circus life. What more could you want people. Do yourself a favour and check the series out. 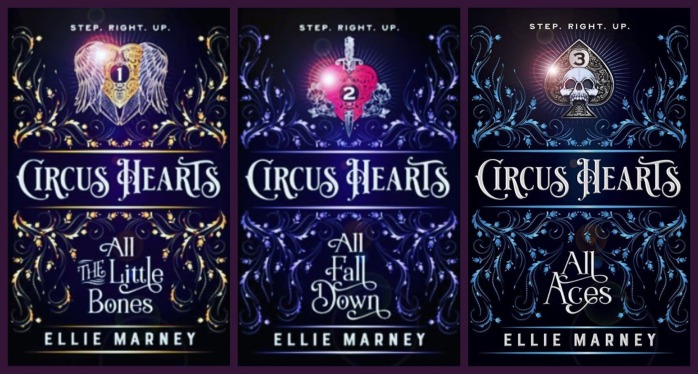 Who would like this series: Fans of swoon worthy romance. #LoveOzYA aficionados. Anyone after a captivating and fast paced read.

← Kat: The Legend of Gnawbonia – REVIEW
The Portal: YA Review →

3 Comments on “All Aces: YA Review”