I haven’t read either of these Christie stories in their original form. But as a regular reader of a variety of graphic novels, I think they’ve done a fantastic job adapting these stories for the graphic genre. Both were entertaining murder mysteries. And both were quick reads that followed well.
The Secret of Chimneys: A story of royal impersonation, jewel thievery and murder.
Murder in Mesopotamia: A story of torment, revenge and murder.
I am going to get my hands on more of these Christie adaptations, asap. 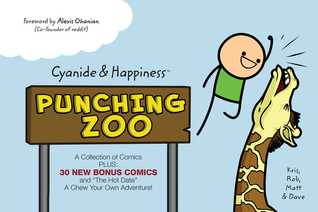 I found I had read a few of the comic strips before, but that didn’t stop me from enjoying this quick and humours read. A bit dark and twisted at times, exactly how I like my Cyanide and Happiness comics.

The choose your own adventure at the end (The hot date, a chew your own adventure) was I highlight for me. I kept going back making different choices to get to read all the alternating versions of the ending. Despite the title and cover image thankfully no zoo animals are punched. 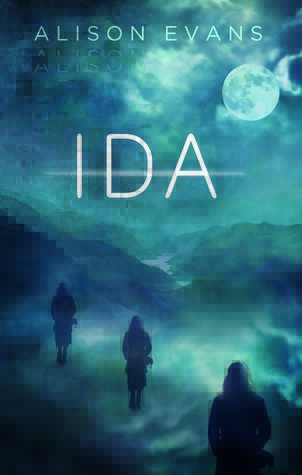 How do people decide on a path, and find the drive to pursue what they want?

Ida struggles more than other young people to work this out. She can shift between parallel universes, allowing her to follow alternative paths.

One day Ida sees a shadowy, see-through doppelganger of herself on the train. She starts to wonder if she’s actually in control of her ability, and whether there are effects far beyond what she’s considered.

How can she know, anyway, whether one universe is ultimately better than another? And what if the continual shifting causes her to lose what is most important to her, just as she’s discovering what that is, and she can never find her way back?

A #LoveOzYA book that’s got genderqueer and genderfluid characters, how could I not read this! The plot of the book is fantastic. I loved the whole parallel universe thing and the multiple Ida’s were creepy as hell. I would have loved to learn more about the characters Damaris and Adrastos. I think I could happily read a whole book based on Damaris early experiences delving into parallel universes and time travel. I will be keeping my eyes out for more books by Alison Evans. 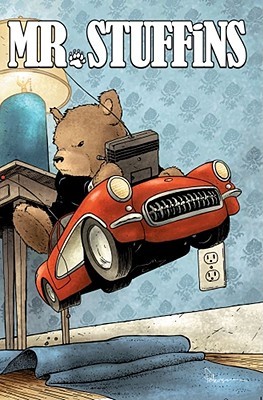 “My teddy bear’s a secret agent!” When a scientist succeeds in creating Artificial Intelligence, he discovers to his horror that the government plans on making it a weapon. on the run, he hides the program inside a mechanical toy bear. When an unsuspecting family buys the toy bear their little boy discovers a new best friend-a cute, cuddly toy bear who’s got all the moves of James Bond!  Meet Mr. Stuffins, the best battery-operated, fur-covered action hero ever! Chaos, fun, and mayhem ensue!

Oh my god this comic was awesome. Loved it. Have you ever seen the movie Small Soldiers? It came out in 1998. A young Kirsten Dunst was in it. If you haven’t seen it, I highly recommend you do. Anyway, I digress.
This story reminded me of Small Soldiers, but with a dash of Ted and the Terminator mixed in, then adapted for the graphic genre. You’re probably thinking WHAT! But trust me, it totally worked. I borrowed this from my local library and am now going to try and track down my own copy. I think Riley would love it just as much as I did when he’s a few years older and I can totally see myself re-reading it.
A teddy bear, an interactive kids toy that by a series of events ends up being powered by a secret government A.I. defence program. Cue ninja hijinks. Mr. Stuffins is a quick and humorous read. Lots of fun.