As a treat for myself on my Thirtieth Birthday I took the half-an-hour journey into Newcastle to a fancy café / bagel shop for breakfast, then to the only old school comic book store still around (Graphic Action Comics: 572 Hunter St, Newcastle West NSW 2302). The next closest shop would be in Sydney, a two-and-a-half-hour trip. Obviously, I can buy them online, but that is beside the point! If you want to walk into a shop and buy comics and you live in the Hunter, Lake Mac or Newcastle’s surrounding suburbs you must take the journey to Newcastle. I call it a journey as they’ve stopped the train running, so you either must fight for a spot on an overcrowded bus or drive in and do laps until you find a car park. I drove. I hate buses. I’ll do trains no worries, but not buses.

While browsing (this took well over an hour much to my husband’s disdain) I saw an ad for a Charmed Comic re-boot coming in march. I found this amusing as I was in the middle of rewatching the entire TV series, so I pre-ordered it. I sat down and watched the entire TV series when I first got the collection back in 2008 and being stuck on the couch feeding Ethan at all hours seemed like a good enough reason for a rewatch.

Once I got home I started googling the comic series, as before that fateful trip to town I hadn’t realised there had ever been one. Oops and I call myself a Charmed Fan, shame on me. I found it available in collected volumes on amazon (kindle) and promptly began reading. 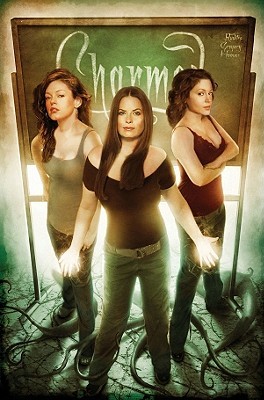 Charmed Season 9 picks up where the TV show left off With the source of all evil defeated, The Charmed Ones, three witches destined to be the most powerful force for good our world has ever known, have embraced a new life. One of new family, friends, and a future without the constant battle between good and evil… or so they think. 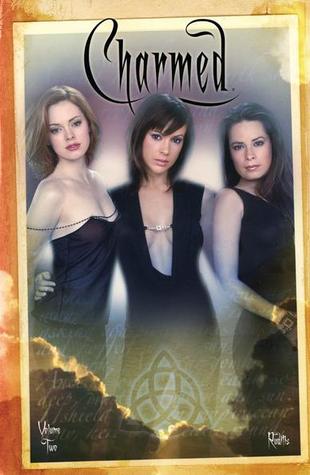 The girls are back in town! Season 9 of Charmed continues in the pages of this graphic novel from Zenescope. Follow along everyone’s favorite trio of witches as Paige, Phoebe, and Piper continue their adventures from the hit TV series.

My Thoughts: Zenescope has managed to move the girls to the comic medium quite well. Reading the comics I felt like I was still watching the show. The comic’s time line has moved forward slightly from the 8th TV season. I loved seeing Chris and Wyatt (Piper’s boys) a little bit older and seeing the other two sisters with children also. The family dynamic is still strong, with Granddad Victor on babysitting duties as the hubbies jump in to help in the dramatic last battle of Season 9 volume 2. The hubbies may be joining the battles some of the time now, but it’s still very much a magical woman in charge vibe. A must for fans of the show.

At the end of issue twelve we are left with a Prue size cliff-hanger thanks to a conversation between Patty and Cole – which forced me to go and buy volume 3 and realise I’m probably going to want to read all the Zenescope comics before I read my pre-ordered Dynamite first issue. DAMN IT!

For those who don’t know: The Charmed TV show spanned Eight Seasons and aired from 1998 -2006. It focused on three sister witches kicking bad guy ass and finding love. It was all about girl power, sisterhood, doing what is right and staying true to one’s self. Heaps of action was had; the demon killing kind and men wrangling kind, with plenty of eye candy for both the male and female viewers. The Charmed Comic series by Zenescope print run lasted from 2010 to 2016. Season 9 as they called it came out as 24 issues between June 2010 and November 2012 and Season 10 came out as 20 issues between October 2014 and September 2016. Dynamite now owns the rights to CHARMED and will be releasing its first Comic on the 8th March 2017. 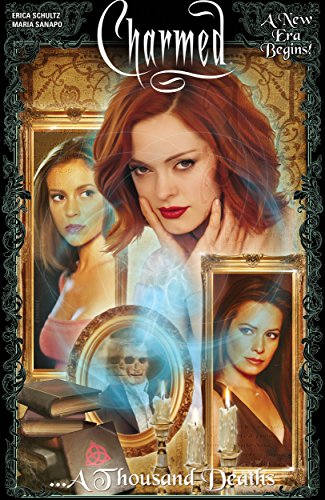 Dynamite is proud to present a brand-new Charmed story by writer Erica Schultz (Swords of Sorrow: Black Sparrow & Lady Zorro, Revenge) and artist Maria Sanapo (Grimm, DC Comics Bombshells) that will CHARM returning fans and new alike! Based on the popular WB television series that ran from 1998 to 2006. CHARMED, like “Buffy the Vampire Slayer”, had a cult following due to its supernatural fantasy storylines and strong female characters. Our debut series follows the characters played by Alyssa Milano, Holly Marie Combs, and Rose McGowan as they balance adult life with a new demon threat.

CHARMED #1: A dark force has set its sights on the art world of San Francisco and the only ones who can stop it are Phoebe, Paige, and Piper! Balancing work, witchcraft, and a life is never easy, and the Charmed Ones are stretched too thin. Meanwhile, a demon in the Underworld rallies the troops with a plan to take out the Charmed Ones forever.