How did you come up with your blog name?

Posted on October 1, 2015 by Sarah Fairbairn 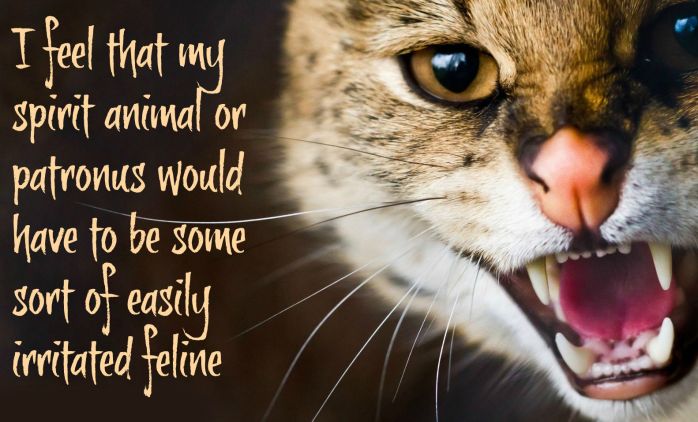 So how da hell did I, Sarah Fairbairn be coming up wif da wacked out name SacaKat you ask? Well I was born with the initials S.A.C. and if my memory serves me correctly as early as year six in primary school I would sign drawings, letters etc. as SAC4EVA. Does anybody else remember when it was all the rage to call forever 4eva? Somehow in high school year 7 or 8 it just became SACA – Briefly SacaBaby in year 9 thanks to Crystal and Chris. It stayed as SACA for roughly fourteen years as a nickname and way to sign artwork and letters to friends.

I was toying with the whole SacaKat thing around the time I was “finding myself”, which corresponded with the birth of my son and setting up this blog.

I like Tigers, Cheetahs, Panthers and Cats in general. I love their fierceness, strength and stealth. I also like looking at cute photos of kittens on the internet, but seriously who doesn’t. I don’t actually own a cat as my husband despises them,
but I feel that my spirit animal or patronus would have to be some sort of easily irritated feline – hence the Kat.

The adventures of part I got from Winne the Pooh.

So how did you guys come up with your blog names? Was it something you agonised over? Or did it come to you all by its self while you were sitting on the toilet at 2am? I’d love to hear your story.

7 Comments on “How did you come up with your blog name?”