FIRST THINGS FIRST; I’m going hand this post over to Erin with: 5 Facts You Didn’t Know About Norse Mythology.

Okay, okay, this is five facts that most people don’t know.

You know, I get it. Good for you, have a t-shirt made or something.

Right, now that the wiseguy is gone, let’s get started.

If you didn’t already think red heads were awesome, you should now! When most people think of Thor, they think of the hammer-swinging god as a blond man (way to go, Marvel) but the old stories suggest that Thor was actually a carrot top with a bushy beard, not the clean-shaven hunk we love so much.

Okay that’s not quite accurate. The world is ON a giant frigging tree, and it’s not actually one world, its nine, all suspended on “the world tree” like giant apples. If apples were full of jotun and dwarves and dark elves and humans.

And that bushy red-headed bro probably looked fiiiiine. When a big jerk-face (the giant Pyrmy) stole Thor’s hammer and would only give it back if he got to marry Freyja, Thor took things into his own manicured hands. He dressed up in drag and pretended to be the goddess. They got hitched, and then Thor laid the smack down on the giant.

The gods didn’t limit themselves to the occasional drag session, they also swapped genders pretty frequently. Loki himself was both the mother AND father of several children (which included wolves, giant serpents and eight-legged stallions, but that’s another weird fact for another day) he also changed species whenever it suited his plans.

Since Odin gave up one of his eyes for a drink (okay, it was from the well of Mimir for wisdom, so he gets a pass) he employed two ravens to fly around the world and bring him information. The ravens names were Huginn and Muninn, and Odin is occasionally referred to as “raven god” because of them.

SECONDLY, feast your eyes on this Promo for Erin’s book Frost AND! Check out the giveaway.

Megan Walker’s touch has turned to ice. She can’t stop the frost, and the consequences of her first kiss are horrifying.

When her new powers attract attention, Megan finds herself caught up in an ancient war between Norse giants. One side fueled by a mad queen’s obsession and an ancient prophecy about Ragnarök, the other by an age-old grudge. Both sides believe Megan to be something she’s not. Both sides will stop at nothing to have her.

Fire or frost. It’s an impossible decision, but she’ll have to act soon, because the storm is coming.

Today we are celebrating E. Latimer’s debut novel, Frost, a young adult fantasy based on Norse Mythology about a teen who accidentally freezes the first boy she kisses. It’s not long until she discovers her family tree is a little…weirder than expected.

For original fans of Frost (which was originally uploaded on Wattpad), you’ll see some of your favorite characters and moments in an entirely new light! Make sure to add Frost to your “to read” on GoodReads.

You can purchase your copy of Frost from:

While you’re at it, be sure to enter the #FrostLaunch giveaway for a chance to win a paperback copy, ebook copy, Amazon gift card, or a swag goodie bag!

HOW AWESOME IS THAT FOR A GIVEAWAY? >> Rafflecopter Giveaway <<
//widget-prime.rafflecopter.com/launch.js 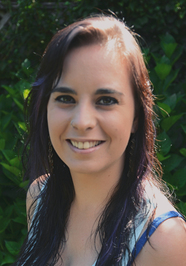 Erin Latimer is a Young Adult Fantasy writer who currently resides in Vancouver, BC. She writes books, makes silly vlogs about writing with the YA Word nerds, and reads excessively. She has had an article featured in Chicken Soup For the Soul, and another in the Dear Teen Me online anthology. But mostly she writes about murderous queens and the magical teens who fight them.

In this story we get average seventeen year old Megan finding out she’s not so average, escaping from an attempted kidnapping, finding a parallel dimension with a kingdom of somewhat hostile ice giants (jotuns) and their villainous queen. Not to mention kissing a cute fire jotun, surviving an assassination attempt and finding true friendship.

The opening of the story sucked me in and the ending finished strong. The story is fast paced, action packed and easy to follow. The good guys are easily likable and the bad guys are horrendous and detestable, just the way it should be. I found I had more of an affinity towards the fire jotun, Loki then towards any of the Ice jotun’s or human half breads, but I can see the main character Megan developing into a strong female heroine as the series progresses.

While all up the story didn’t blow me away, it was a fast and fun read which has me looking forward to seeing what happens in book number two.