One Chance Night by Eliza Boyd

I asked Eliza Boyd what inspired One Chance Night, In her words:
Music is a big source of inspiration for me. I can hear a song and feel a book or story. It can write itself in my head after one listen or it can unravel layers each time I hear the song again. For One Chance Night, that song was Brett Eldredge’s “Don’t Ya.”

I heard this song and saw this video and wanted to write a book about… Well, if you want to read the book, I probably shouldn’t tell you. 🙂 But if you have read it (or want to know later what part first came to me), think chapters 27-29. That’s the first image of Chelsea, Brett, Ian, and Jack I ever got. Of course, things evolved a little differently as I started writing the beginning, but that happens when you’re not a plotting author.

Since I’d seen the end already, I had to figure out what happened to Chelsea to get her there. That road was a little tough and sad, but knowing the ending made it quite a bit easier to stomach—and write.

And the song even inspired Brett’s name. I hadn’t settled on any names when I saw the first scene in my head, so I kept Brett’s as a tribute to what brought the story to me. As for the other names, I’m honestly not sure. It took me a while to name Chelsea though. She had countless names before Chelsea stuck, but she’ll always only be Chelsea to me now.

Thank you, Brett Eldredge, for singing that song, and thank you, Universe, for bringing it to me when you did. Otherwise, we might not have had Chelsea’s story, and I’m really glad we do. 🙂 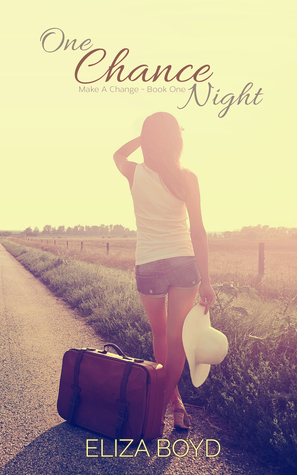 Once Chance Night by Eliza Boyd

Thanks to the author, publisher and Net Galley for giving me an ARC in exchange for an honest review.

On the surface, Chelsea Greer has it all:
A loving husband.
A nice house.
A good job.

In reality, she works hard to maintain the illusion that is her life. She’s also missing the most important thing:

One night could change her life. One night could give her the strength to rediscover what’s important. In one night, she could find love when she most needs it and least expects it.

All Chelsea has to do is follow her heart after One Chance Night.

“Featuring a strong main character, country music (!!), wonderful friendships, and lots of character growth, ONE CHANCE NIGHT is sure to leave you with a smile on your face.” Author Molli Moran.
“One Chance Night was filled with intense emotion and had me swooning, swearing, wishing I could reach through the pages of the book and strangle a certain character and become best friends with others.” Author Christie Cote.

“One Chance Night isn’t a story of love-it’s a story of discovery. Chelsea has spent too many years living for someone else. It’s her time to finally shine. Eliza Boyd tells an empowering story about what it truly means to take control of your life and that some chances are worth taking. This book is not to be missed!” Blogger Tiffany Williams. 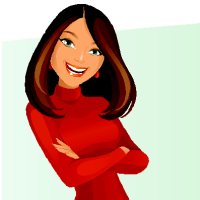 About Eliza Boyd:
Eliza Boyd is a contemporary women’s fiction and romance author. Also an avid reader, she writes novels, short stories, poetry, and whatever else strikes her fancy. Born and raised in Northern Illinois, she now lives in sunny Arizona with her husband and her plethora of animals. When she’s not reading, writing, or working, she can be found walking around her neighborhood (for exercise, not for stalking), taking photos of her pets, or catching up on her favorite shows. Catching up really means binge-watching.
Website | Twitter | Facebook | Goodreads

“Losing myself and my own identity to become Mrs. Wesley Greer isn’t what I planned to do” Girl I’m feeling you! You hit me straight in the heart with that one!

Chelsea is only 23. She got married at 19 and has been miserable pretty much since. Wesley is a pig and a spoil brat! By the end of only the 1st chapter I wanted to jump in the between the pages and kick his arse, then drag Chelsea out by her hair and slap some sense into her.

Chelsea has let Wesley get away with his selfish and chauvinistic behaviour for too long. Now he expects things a certain way and chucks a tantrum if he doesn’t get what he wants. I think this is probably the most common mistake newlywed women make. Don’t take any crap, marriage is 50/50. Don’t take any crap from day one or it’ll be mission impossible to stop later. My intense dislike for Wesley made it really hard for me to get into the story at first – that pig made me furious.

On one chance night Chelsea sneaks out of the house for some much needed ‘me’ time and ends up striking a long lasting friendship, with as it turns out, four people that night.

Chelsea has an instant lustful connect to muso hottie Brett, but she’s a good little girl and remains faithful – calm down there no adultery in the book. I found Brett a bit too good to be true until we got some back story on him and his super caring and helpful nature made sense.

I really enjoyed chapter 20, when Chelsea finally sticks it to Wesley, stands up for herself and leaves him. It’s always nice to see a bully shut down.

I really liked the two girls, Stevie and Mayra, Chelsea ended up living with. While they were a bit sugary sweet and over the top at times, I liked them and want them as my friends.

Chapter 22 jumps us forward 8 months, but I won’t say anymore as it’d give away the ending. The Epilogue leads us straight into the next book and gives us the whole set up for the next book.

I think if I’d been able to sit down in and read it in one sitting I would be able to enjoy it more. I had a lot going and on and had to fit half an hour here and there to read it. I think I’m also a little jaded to the topic. There was a time when I felt I had lost myself completely and was miserable in my life and marriage because of it, but I made the opposite decision to Chelsea and I made it work. I fought and got myself back stronger than before.

It’s strange, I feel like I’ve failed Ms Boyd by not loving this book. I really wanted to love it, I did try. I think my biggest problem with the book is that I resented how easily everything came together for Chelsea! Actually I think that really was my only problem with the book and that is my fault, not the books.

ANYWAY, this is a story of hope and that shines through. Hope is never lost. You are responsible for your own happiness. If you’re miserable do something about it. The book was well worth the read and I am looking forward to reading more from Eliza Boyd.

I Liked It – Three Stars.

4 Comments on “One Chance Night by Eliza Boyd”